Are you wanting to know how to find a golf instructor near me? You will need to decide what the current goals for your game are. Are you a beginner trying to get off on the right foot or are you a competitive player? These two players could need two different services provided to them. Here are answers
-> Continue reading How To Find A Golf Instructor 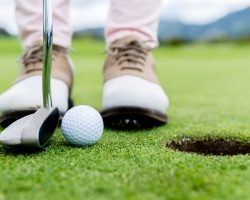 Although players are always looking for the best putting drills to solve all of their putting woes, there is more to becoming a good putter than just having a good putting stroke. There are three facets that all good or great putters have. First, they all can start the ball on the intended start line.
-> Continue reading 7 Easy Putting Drills To Lower Your Scores In Your Next Round 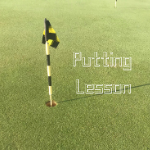 Imagine… after only a single putting lesson with your golf coach… you no longer have to wonder… “How do I become a better golf putter?”  “How do I determine my best putting stroke?”  “Should I putt straight back and straight through or should I use an arc putting stroke?”  “What should I be working on?”  I get asked ALL of
-> Continue reading Putting Lesson 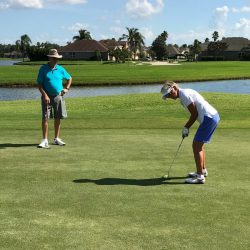 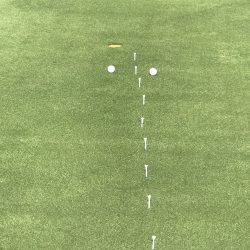 Many of my students ask me to give them fun putting drills with tees that they can use in practice and improve their scores. When practicing putting, many players will mindlessly take three golf balls to the putting green, drop them at one spot, and hit them towards a hole. Hey look, it’s not a
-> Continue reading