“How do I know which golf shot to hit?”

I heard this question from one of my players as they were holding a driver in their hand while standing on the 1st tee. He was getting ready to play in a match at his home course against two other rival high schools.

Keep in mind, this player has played this golf course literally a hundred times in qualifying and casual rounds and was struggling with his golf course management by asking “How do I know which shot to hit?”

Well, his driver was broken two days prior to the event. He was “borrowing”someone else’s driver.

Maybe he didn’t think he was swinging the golf club as well as he should be? Maybe, it was the stress of playing in a tournament? What do you think?

In addition, to be fair, this player had only been playing golf for about 2 years and playing competitive golf for only about the past year. Over the past few months, he is shot scores of even par as well as in the low 80s. So… He does have game.

How It Turned Out

As the conversation continued, I asked him “What type of shot do you usually hit here?”

He answered, “The ball was turning both ways while I was on the driving range warming up.”

I probed further. “What is your go-to shot? Is it a draw or a fade.”

Yeah… I got the deer-in-the-headlights look from him. So I then asked him “If you had to hit one shot with a million dollars writing on it would you hit a draw or a fade?”

He quickly answered with “a fade.”

I said “There you go. Are you confident in hitting a fade here?”

He replied “Yes, but not with this driver.”

“What about with 3-wood or hybrid?” I then asked.

His voice changed and said “ I feel confident I can cut a 3-wood into the fairway.”

I responded with “Great!”

We had also been talking in practice about how hitting a golf shot is more like shooting a shotgun and not a rifle. So… I then asked him where he thought a good target would be. He picked a good one.

I then looked him in the eye and said “You can do this.”

He acknowledged me with a nod.

When he was called to the teeing ground, he placed his tee between the markers, stood behind the ball to visualize his shot and proceeded to put the ball in the fairway.

Now, I tell you the story because we have all been in the situation. Maybe it’s on the 1st tee or maybe it’s later in the round when you know you need a score, we have all asked ourselves “How do I know which shot to hit?”

Some of you may think that the answer would be different depending on your skill level. However, I’m not so sure that it is. The answer is to hit the shot that you are the most comfortable with in that situation.

One of the more popular examples of this includes David Toms and Phil Mickelson in the PGA Championship at the Atlanta Athletic Club. On the final hole, David Toms found himself in the rough off the tee and decided to lay up on a par 4 and not go for the green.

Many said this was a very risky decision. However, he felt this was the best way for him to make par on the hole. He laid his ball up from the rough and proceeded to hit his next shot to 15 feet. Of course, he then made the putt for par to win his first major championship.

You may not be playing for major championship but, you can lower your scores by selecting the shot that you are most comfortable with and are able to execute.

Here’s a golf drill or exercise that I have my team do regularly in practice. Once they complete the hole, I have them drop a ball in the center of the green and putt to the hole location.

I then have them keep track of how many putts it takes them to hole their golf ball from the middle of the green. I have yet to have a player “shoot over par” doing this.

The point of this exercise is to prove that you don’t have to go flag hunting all the time. I’m not sure about you but… I know I’m a lot more comfortable heading to the fat part of the green as I am aiming at a tucked hole location.

Many times when we are trying to decide “How do I know which shot to hit?”, I often see the player hit the shot that they feel like they “should” hit. There is no rule that says that you have to hit driver off of a teeing ground. Especially, if you’re not confident where your driver is going to go.

If you find yourself asking the question “How do I know which shot to hit?” often, look into the benefits The Ball Flight Academy online membership. Click here. 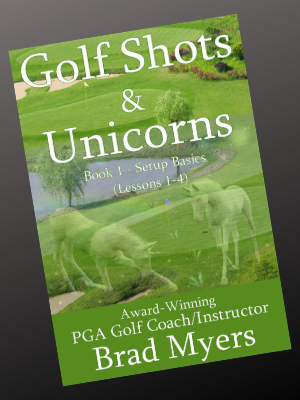